Two (formerly a Six)
Aspen Leger is a main character and love interest in The Selection, The Elite and The One. He was previously America Singer's secret boyfriend. After America was picked for the Selection, he was drafted into the army where he earned top honors in his class, and was then promoted to be a member of the Royal Guard at the palace. In The Heir, he becomes a General. He is married to Lucy.

Aspen spent his childhood with America's older brother, Kota. She said they always played rough, so she stayed away. When Kota moved into his own apartment in Carolina, Aspen helped unload his stuff with America. Their eyes met when they unloaded a box, and they fell in love. America later said that they kept purposely touching each other, and then saying quiet sorry's to each other. On America's birthday, he cornered her and gave her a card saying to meet him in their tree house at midnight. This was past Illéa's curfew, so they had to sneak around. At midnight, she saw him climbing up into the tree house and she went in after him. While in there, they both started talking about how they felt about each other and they were both relieved and happy that they felt the same way.

For the next two years, they started having secret meetings in the tree house.

Aspen told America he couldn't bear it if she didn't try out for the Selection and that it would haunt him forever. She grudgingly accepted and entered the competition. When America took her selection form to the provincial office, she heard from his mother, Lena, that Aspen was saving up to marry someone. America was so excited and happy about it that she gave a big smile to the camera when getting her photo taken.

That night when they were meeting, America set a huge dinner out for Aspen. Since he was a Six, they didn't get as much as Fives did. He then said that everything was wrong, that he was supposed to be the one providing for her, not the other way around. He then added that they couldn't see each other anymore, because he couldn't provide for her. She protested, but Aspen left a heartbroken America soon after. He appeared again when America was being sent off to the palace, but she tried to ignore him, convincing herself that she was "done with his games."

Once America was at the palace, as one of the Selected, Aspen saw her there. He was chosen to be a guard at the palace. Aspen and America claimed to Prince Maxon that they were just friends that knew each other.

Aspen and America began a secret relationship at the castle, even though it was against the rules for America to do so, as she was in the Selection. America was not sure who to choose, him or Maxon. Though, at the end of The Elite, she believed that she was going to be kicked out of the competition.

When Marlee is caned, Aspen thinks he has proved the thought that Maxon was a cruel person,but little did he know that Maxon was doing it only because the other option would be death.This is one of the ways Aspen's hatred for Maxon grew.

Somewhere between the middle to end of the book, he catches America and Maxon making out on his bed with only their underwear on. He is shocked by this, but doesn't say anything. When America tries to explain to Aspen what had happened, Maxon catches them together. Maxon sends Aspen away harshly, and decides that America is no longer his choice for his bride, but when the rebel attack occurs, he saves America and shows that he never stopped having feelings for her.

At some point during The One, Aspen fell in love with Lucy, and Lucy fell in love with him. Aspen attempted to tell America, but she thought he was telling her he loved her So she wouldn't let him finish several times telling her that in reality he loved Lucy. In the end of the book, Aspen and Lucy kiss in front of America, so she finally realizes and happily accepts their relationship.

Aspen becomes a general somewhere in between The One and this book,and seems to have a pretty good relationship with Eadlyn Schreave, who can depend on him to do many things for her. General Leger, as everyone calls him, is friendly with King Maxon Schreave, and has respected him ever since The One. Eadlyn also finds out that he and Lucy were struggling to have a baby even after many failed attempts.

Aspen becomes very reliable to Eadlyn and gives her advice during and after running her first board meeting. He also defends her against harsh words in other failed tries to have a nice conversation,and sometimes updates her on important events.

America claimed that Aspen was "the most attractive guy in town." Not too tall and not too thin, Aspen has black hair, green eyes, and a mysterious smile. Some of the Selected and maids think fondly of him for his looks and for being a gentleman. He could've been claimed as the heartthrob for the Six girls in Carolina. Kriss Ambers, one of the six Elites, thought Aspen was funny. Celeste Newsome, another Elite, also stated that Aspen was attractive.

In The Heir, Eadlyn stated that his looks improve as he ages, because she saw a marriage photo of Aspen and Lucy and he hasn't changed much since then.

America was Aspen’s first love. The two were dating in secret for two years until America was Selected. Just before that, Aspen dumps her, because he feels he cannot provide to her as a Six. He was then drafted and became a soldier in the palace. It was forbidden for a Selected to have a relationship with anyone other than the prince, so that is why during The Selection, The Elite and most parts of The One, Aspen is America's "Secret Love". Towards the end of The One he falls in love with Lucy, America’s maid, and she also falls in love with him.

Her first love was Aspen and after flirting for some time, they began to meet in secret. They started dating after America's 15th birthday. Aspen worked in her party where he gave her a card and told her to meet him after curfew in their tree house. America, being a caste higher, was prepared to marry down, but soon before the Selection, he broke things up with her. He did convince her to enter the Selection, and much to his dismay, she was chosen. At the palace, Aspen had been chosen as a guard. He told America he loved her, and he, himself, would wait forever for her. They began to meet privately and continued so throughout the Selection. She wanted to break things off, however, when she realized she was only using him as a safety blanket. In America's wedding, Aspen walked America down the aisle and gave her to Maxon, as the two men became good friends.

America sees Aspen, toward the end of The One, embrace and kiss her maid and she is happy for them. Aspen and Lucy had planned to get married not too long after Maxon and America did, but when her dad got sick, everything was put on hold. He eventually recovered, but even after that Aspen was afraid that Lucy would change her mind, like America had. However, they were so right for each other and they finally did get married, to America's utmost happiness. Aspen felt a bit overwhelmed to be married, so Maxon proposed that him and Lucy should find their own home outside of the palace, a gift from the royal couple, something that Aspen happily accepts.

In The Heir, he and Lucy struggle to have children, but with years of treatments, several miscarriages, and three failed adoptions, they decide to let it go and be a childless couple, but Lucy still couldn't believe she'd never be a mother and that makes her sad 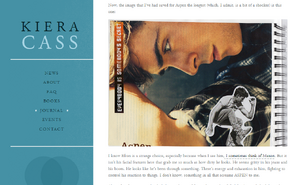 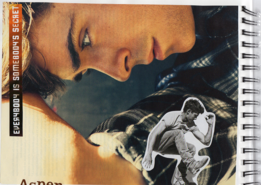 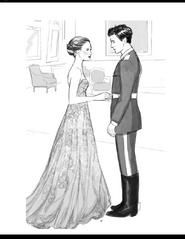 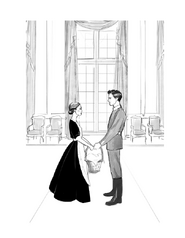 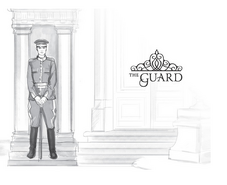 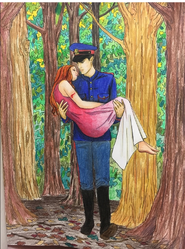 Aspen and America in the forest coloring 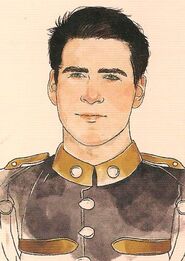 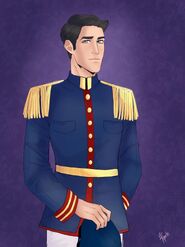 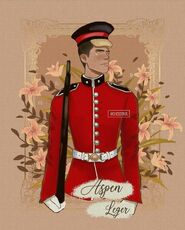 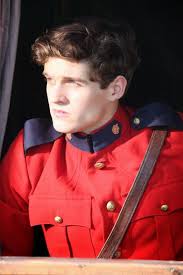 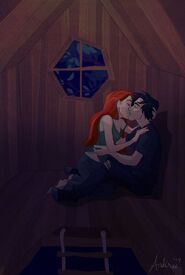 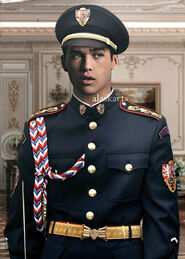 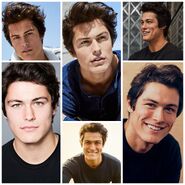 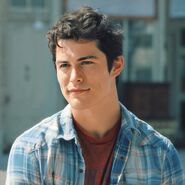