The Selection is a dystopian/romance young adult novel by author Kiera Cass, following the journey of America Singer, a young girl who is entered in a competition called the Selection (referred to as The Hunger Games meets The Bachelor) to be the next queen. However, this means leaving her family and secret boyfriend behind. She is stuck between two worlds, and realizes that life as one of the elite thirty-five girls is not what she expected. 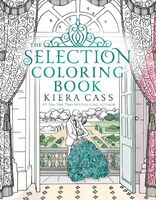 Go to these sites for info or for help with your own wiki!

Want your community included? See how!

Retrieved from "https://theselection.fandom.com/wiki/The_Selection_Wiki?oldid=33874"
Community content is available under CC-BY-SA unless otherwise noted.